“ENCOUNTERS OF THE HUMAN SPIRIT WITH AMAZING GRACE”

This article begins the internationalization of the blog’s collaborators with the participation of a brother group of ex-Jesuits from the Philippines, with this text written by Ed García, who studied theology with many of us in Bogotá. As English is the language of that country, the article also appears in English. We hope to continue contacting groups of ex-Jesuits from other countries in this year that celebrates 500 years of Íñigo de Loyola’s conversion.

Published on the eve of the Ignatian Year which commemorates 500 years since the conversion of San Ignacio de Loyola, Companions! XJ Narratives brings together the stories of former Jesuits in the Philippines before, during and after their experience in the Society of Jesus.

In his Foreword to the book, the Archbishop-Emeritus of Cagayan de Oro, the Jesuit Antonio Ledesma, writes: ““Friends in the Lord” was St. Ignatius’ description of his first companions…This exceptional collection of narratives by former Jesuits (proudly calling themselves XJs) could be sub-titled, “More Friends in the Lord.”  The accounts reveal the perduring effects of Jesuit novitiate formation, particularly the Spiritual Exercises, the mission trials, and memories of community bonding.”

The Vice President of the Loyola Schools of the Ateneo University (the equivalent of the Universidad de Javeriana in Bogota) describes the book thus: “Riveting narratives of audacity, hope and gratitude! Filled with both heartwarming simplicity and charming wonder – these XJs” encounters of the human spirit with amazing grace.”

In his review, Prof Kevin Clements, the founding chair of the Peace Centre at the University of Otago in Dunedin, New Zealand and an outstanding Quaker put it simply: “Companions! Is a magical and inspiring book.”

Conceived in one of the monthly meetings of former Jesuits more than a year before the pandemic struck, Companions! was edited from across the seas with three people (a poet, a theology professor who has written about Zen and the spiritual exercises, and a human rights and peace advocate who has accompanied the peace  process in Colombia) working together during an entire quarantine period editing contributions from over 25 XJs and a dozen tributes for some 10 departed companions.

Among the recurring themes mentioned in the narratives of the former Jesuits, the following stand out: the influence of the Spiritual Exercises, the importance of the life of prayer and the Ignatian prayer of Generosity and Suscipe, the value of magis and doing all Ad Majorem Dei Gloriam, the sacrament of service and the preferential option for the poor, finding God in all things and the bond of companionship forged among Jesuits and former Jesuits alike.

The President of the Jesuit Conference for Asia Pacific, the former provincial Fr. Antonio Moreno, SJ, shared his thoughts: “These stories contribute fittingly to the celebration of the Ignatian Year (the fifth centenary of his conversion is on 20 May 2021)…as they are a living testimony of people who were moved by Ignatian spirituality.  These XJs may have left the Society of Jesus, but the touch of Ignatius stayed with them.”

It is perhaps apt to conclude by saying that I am grateful to Dario Gamboa and a host of other Jesuits and former Jesuits in Colombia who were very much a part of my life when I studied theology almost half a century ago at the old Chapinero building.  There I built friendships that lasted my entire life, and the work I did on the protection of human rights in Colombia decades ago was accomplished in large part due to the efforts of people like Pacho de Roux, Javier Giraldo and the late Mario Calderon, among others.  Gracias, y un abrazo fraternal,

Born in Manila, Philippines, a former Jesuit from 1960 to 1974, Ed Garcia studied part of his theology in Chapinero, Bogota. He also led the Amnesty International mission to Colombia in 1980 and worked for peace in Colombia with International Alert in the 90s. He taught at the Jesuit Ateneo de Manila University and helped to draft the 1987 Philippine Constitution. He co-edited Companions! XJ Narratives and wrote Servant Leader, Defiant Hope and Seachange. 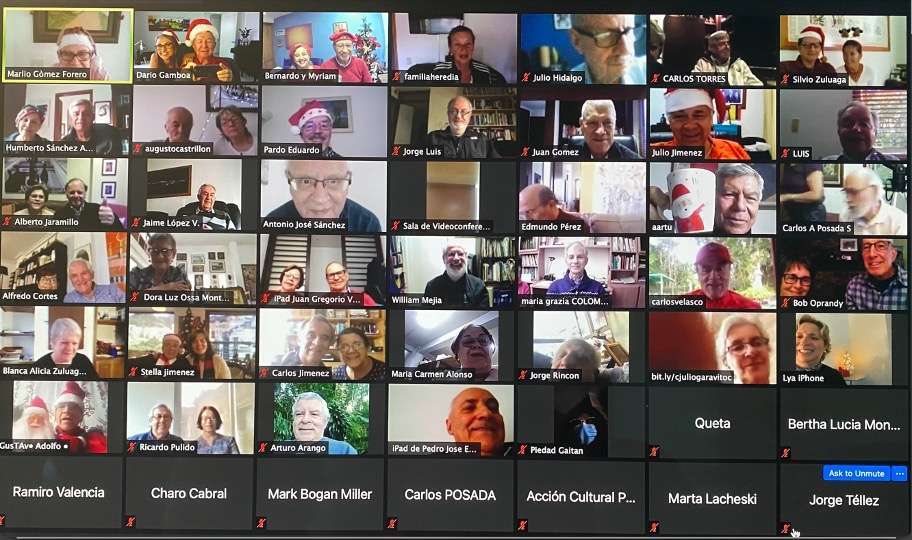